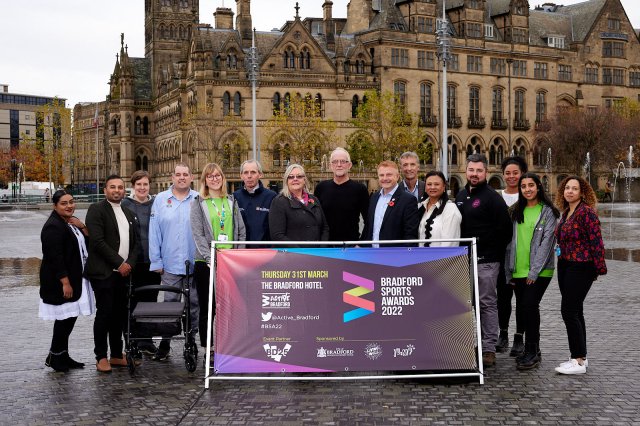 Bradford Sports Awards back for 2022

Sports stars from across Bradford will be honoured at a major awards ceremony next spring – and organisers want people's nominations.

The 6th Annual Active Bradford Sports Awards will return to the city, and to its original host venue the Bradford Hotel, on Thursday 31st March.

The awards recognise the sporting achievements of athletes, coaches, administrators and volunteers of all levels of sport and physical activity across the Bradford District during 2021.

The glittering night in the city's sporting calendar will attract up to 400 people made up of representatives from the professional clubs, amateur sports organisations, colleges and schools as well as people from the business community.

Two new awards are to be included which are community champions over 18s and under 18s for individuals or organisations who have gone above and beyond to keep the city active.

A total of 19 awards will feature on the evening

Cllr Sarah Ferriby, Bradford Council's Executive Member for Healthy People and Places, said: "We are delighted to be the headline sponsors for the Active Bradford Sports Awards 2022. The awards celebrates the achievements and efforts of all ages and mixed abilities in the district right from volunteers, active workplaces, active schools, communities, amateur sporting clubs to the professional. As a Council we are proud to be a major part of these awards and the celebration about everything that's good about sport and physical activity in our district."

The awards are coordinated by Active Bradford, a partnership of organisations committed to making Bradford a healthier and more prosperous place to live and work and where physical activity is an everyday part of everyone's lives.

Former Bradford City and Premier League star, Wayne Jacobs, chair of Active Bradford, said: "We are delighted that the Bradford Sports Awards are returning, honouring and celebrating the amazing achievements of many from across our district . We have a new look and feel for the awards adopting the Bradford25 colours, reinforcing the importance sport and physical activity has on the health and wellbeing of our communities as we continue with our aim to bring major cultural events into the city".

Other category sponsors for the awards are JU:MP, an organisation funded by Sport England who are aiming to better understand what helps people to be active in their communities, and Living Well, an organisation that makes the healthy choice the easy choice for people in Bradford District.

The launch of the awards at Centenary Square was attended by representatives of Bradford Council, Active Bradford and sports organisations across the city, and signified the start of the nomination process. 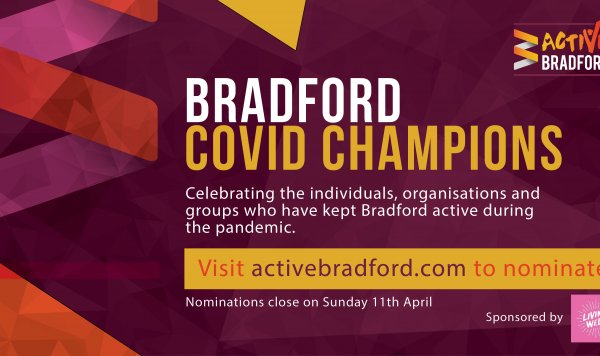 Help us say thanks to those who have kept us moving 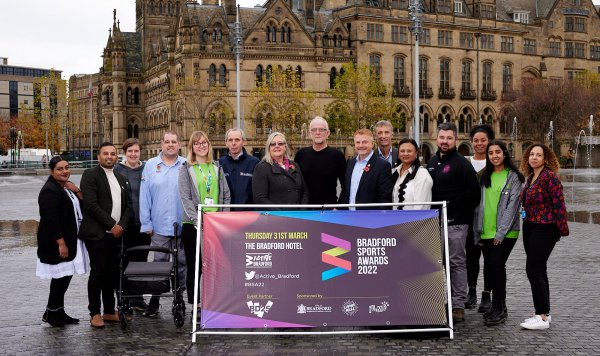 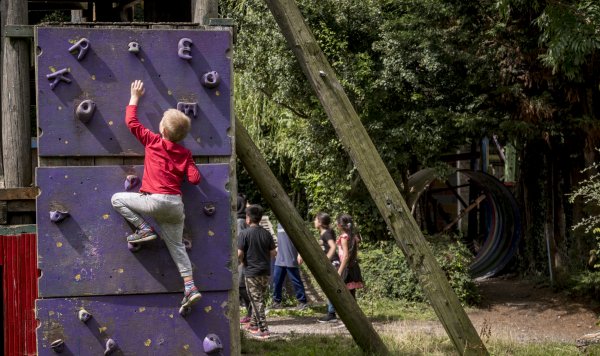 The Big Swing - adapting to lockdown